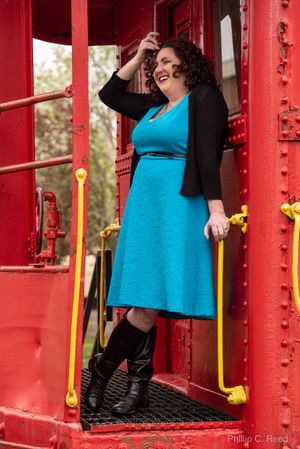 I've been singing for as long as I can remember. I started in school choir at age 9 and continued singing through age 17 adding performances with various small ensembles, county choirs and solos. After a singing hiatus during college I was inspired to start singing again when some friends asked me to sing at their wedding. Shortly after my return to singing I met up with Pat and begin expanding my singing repertoire with Irish music. In addition to English, I have performed songs in Latin, German, French, Italian, Spanish, Hebrew and – since joining FinTan in 2002 – Gaelic. 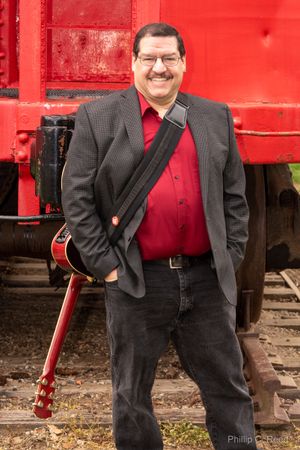 I started playing clarinet and saxophone in 4th grade and continued playing in bands, orchestras and jazz combos until college. After a short hiatus from music performance, I took up guitar in the late 80’s. Hanging out with a group of singer-songwriter’s I learned about guitar playing and studio recording. I got involved in Irish music in the early nineties and played on and off with Phil Reed whenever our paths crossed and we could find the time. Forming a local music project known as “Eccentric” some friends and artists (Keith Lewis, Rick Smith and I) recorded two albums. The self-titled “Eccentric” album recorded in 1992 was a compilation project with five artists recording their own work (something like modern folk). In 1996 Eccentric returned with their second album “Standing Alone” - a mixture of Irish music and some Irish styled songs written by Lewis/Smith/Savelli. Although the Eccentric project was put on hold when Keith Lewis moved to the East coast, I continued learning new Irish tunes and playing where and when I could. In 2001, I started playing Irish music with Karen Wohlafka and rest is FinTan history.

I love Irish music in just about all of its forms. Among my favorites are The Old Blind Dogs, The Tannahill Weavers, Christy Moore, Planxty, Tempest, Gaelic Storm, The Elders, Dougie McLean, Loreena McKennitt, Stan Rogers, Silly Wizard and the Glengarry Bhoys.

Since the band formed I’ve been fortunate to meet some great folks in other bands in and around the area. Fannigan's Isle, Dulahan, Homeland and Roger Drawdy and the Firestarters are chief among all the great folks I’ve met since putting FinTan together (you can jump to their pages from our Web Links page). 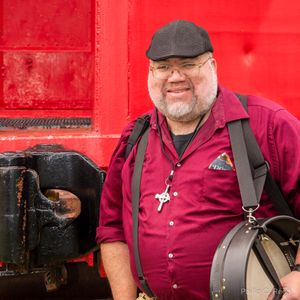 Ken was the kid who would bang on garbage cans or pots, which lead to a lifelong love of percussion instruments. He first discovered the Bodhrán (Irish Hand Drum) listening to Roger Drawdy & the Firestarters, first with Rob Pinkerton then John McBride doing the drumming. At the Reilly School of Irish Music in Cincinnati, OH, he learned the basics of playing and then over the years learned more and developed his own style of playing. Through the years he had opportunities to perform with Fin Tan both sitting for their regular Bodhran play and in sessions (in the US and in Ireland). He enjoys Irish music of many different styles be it U2 and Enya or The Dubliners and the Clancy Brothers. But it wasn’t until 2004 he really got into play more and more in public settings. That was the year he attended his first Irish music festival and heard the great local bands and the big touring bands on stage. His biggest influence on his playing playing style are John McBride (Two2Many, and Roger Drawdy & the Firestarters), John Joe Kelly (Flook), and Ronan O’Snodaigh (Kila). 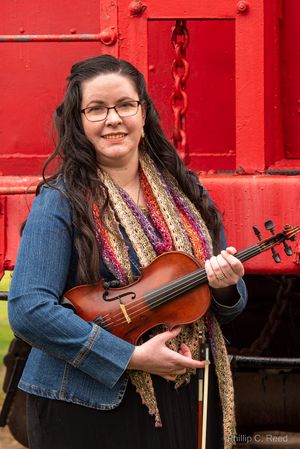 has been playing violin for the past 24 years, and nearly all of that time has been spent learning, listening to, and loving all kinds of Celtic music. She is a founding member of the Alternative String Programs playing jazz, bluegrass and Celtic styles in a school orchestra program. She has guest lectured on aspects of Celtic music to Alternative Strings class for middle school and high school programs as well as at Wright State and spent two years playing with the University of Dayton Orchestra. She has been a full-time performer at the Ohio Renaissance Festival, played numerous private functions, and provided historic background music for functions at Dayton’s Carillon Park. Her playing style has been influenced by Irish, Scottish, Cape Breton, French-Canadian, Americana, Folk, Bluegrass, and traditional fiddle playing and music. 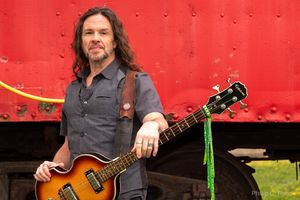 I grew up surrounded by music; there wasn't a day in my childhood that could be found without the sound of music filling my home. I began singing harmonies with my father and brother around the age of five and received both my first guitar and set of drums within the two years that followed. By the age of sixteen I would often spend eight hours a day playing guitar and writing. I had committed to a life-long love affair with music from which there would be no turning back. Better than two decades later, I've written more than 200 songs, written a countless amount of both lyrics and poetry, released two EPs, one of which garnered attention quite literally around the world, co-wrote and recorded a full length cinematic score, was chosen in 2011 to perform at a tribute in New York to the late Jeff Buckley and still continue to pursue a singer-songwriter career. I met Bryan when a mutual friend introduced us in 2010 - I was looking for someone to record a string section for a project I was working on. When it occurred to me that he was the fiddle player for FinTan, I was elated and messaged him that very same night we met telling him if FinTan ever found themselves in need of another musician to bring into the fold, I was their guy. As fate would have it, not six months later FinTan found themselves in need of a bass player, and here I am. 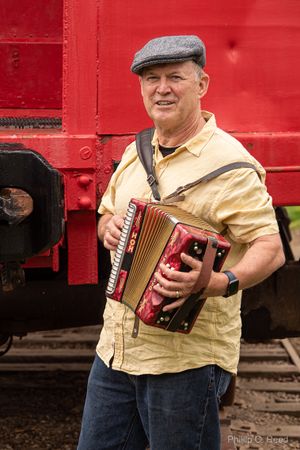 Mark is a true Waynesville, OH native son, with a lavish and varied musical history including piano, guitar, tenor voice, street musician and even bell choir director.  While playing whistle as a member of both the Pioneer Village Dulcimer Society and The Dedication Band, he began studying the roots of Appalachian music, discovered the Irish connection, and followed his love of this traditional sound right into the Celtic music scene. Now Mark plays a variety of whistles, concertina and accordion adding layers to FinTan’s signature sound. Since joining FinTan, he has added the English Concertina, B/C Irish Buttonbox and the Guinness Bottle to his instrument list.